Liver angioma, also known as hepatic angioma, is a benign tumor of endothelial cells that lining the blood vessels internally, in this case of the liver. Figure: depiction of a hepatic angioma. From the site: altincekodhima.com

Consisting of a tangle of capillaries and small vessels, a hepatic angioma usually measures a few centimeters and does not cause any discomfort. When the size increases, however, the tumor mass can push on nearby organs or face other complications; so different symptoms can appear, including severe abdominal pain.

The causes are unclear and deserve to be studied in more detail. A specific therapy is provided only in the case of symptomatic liver angiomas; in these situations, if the situation is particularly serious, a liver transplant may also be necessary.

Brief reminder of what a hemangioma is

A hemangioma is a benign tumor of endothelial cells, which cover the inner walls of blood vessels.

Consisting of a dense agglomeration of capillaries and slightly larger blood vessels, a hemangioma can have the appearance of a patch (or swelling) of a purplish color and cutaneous localization ( capillary hemangioma ); in other cases, hemangiomas resemble nodules, always purple in color but capable of forming even on internal organs, such as the brain, and in the deep layers of the skin ( cavernous hemangioma or cavernoma ).

Hemangiomas can appear anywhere, however there are more affected anatomical sites than others: head, cheeks and neck, as far as capillary hemangiomas are concerned; brain, eyes, heart, spleen, respiratory airways and liver, for cavernous hemangiomas.

Cavernous hemangiomas are so called because they have a histological structure (ie relative to the tissues) very similar to the cavernous bodies that make up the erectile organs, such as the penis.

What is liver angioma

Liver angioma, or hepatic angioma, is a cavernous hemangioma with a hepatic site, consisting of a tangle of small capillaries and blood vessels.

Liver hemangiomas are usually single benign tumor masses, no larger than about 3 or 4 centimeters ( typical hepatic angioma ); however, in some situations and due to certain conditions, it is possible that they reach considerable size and / or become multiple agglomerates ( giant hepatic angioma ).

What is a benign tumor?

A benign tumor is an abnormal mass of proliferating cells which, unlike what happens in malignant tumors, is neither infiltrating nor metastasizing (ie it does not give metastasis).

THE ANGIOMA AT THE LIVER IS DANGEROUS?

So far there have been no cases in which a malignant liver tumor has arisen from an angioma of the liver. However, this does not exclude the possibility that hemangiomas may be characterized by severe symptoms, or be the sign of very serious (but also very rare) pathologies such as:

The exact incidence of liver angioma is unknown, as, very often, it is underdiagnosed; in other words, the real carriers are many more than those identified.

Hepatic angiomas would appear to affect individuals of all ages, although some estimates show a higher frequency among people aged between 30 and 50.

Women are more at risk than men (the probable reason for this is explained in the next chapter).

The causes that cause the formation of a liver angioma are, at the moment, unclear.

Based on certain scientific evidence, some experts argue that the origin of the anomaly is linked to one or more genetic mutations of DNA, present from birth (ie congenital); however, they do not yet know if the problem is hereditary or is created during embryonic development.

The high presence of liver angiomas among pregnant women or those who have had children, and among menopausal women subjected to hormone replacement therapy, has led some researchers to believe that, at least in the female sex, the causes of onset may also somehow linked to an altered level of estrogen circulating in the blood (NB: estrogens are, together with progesterone, female sex hormones).

All this would explain, at least in part, why liver angiomas are more frequent among female subjects than among male individuals.

Most liver angiomas are asymptomatic (that is, devoid of obvious symptoms), so much so that often a carrier does not know he is (precisely because he does not feel any disturbance).

In cases where hepatic angiomas are symptomatic, however, the symptoms can also be very annoying. The possible disturbances, in fact, consist of:

WHEN PRESENT, WHAT SHOULD THE SYMPTOMS BE?

The presence or absence of symptoms is linked, in large part, to the size of a liver angioma.

In fact, a small tumor mass is usually not felt in any way; a tumor mass of medium-large dimensions, on the other hand, is cumbersome, pushes on adjacent organs and anatomical structures ("mass effect") and is more likely to lead to serious complications.

WHEN TO REFER TO THE DOCTOR

Those who know they have a liver angioma should contact their doctor as soon as one of the above symptoms appears. This is because, as has already been said several times, the presence of symptoms means that most likely the benign tumor has enlarged and is going to press on other vital organs.

A liver angioma could lead to complications in the following cases:

The tests to diagnose a liver angioma are:

Since, in most cases, liver angiomas are asymptomatic, their identification is often random and subsequent, on many occasions, to some other diagnostic check carried out for problems of a different nature.

Warning: liver biopsy, or the collection and examination of a small sample of liver cells, is usually poorly indicated and practiced, as the risk of causing serious blood loss is high.

When the angioma of the liver is small and asymptomatic, no treatment is necessary. The only advice given by the doctor in these situations is to undergo periodic check-ups to monitor the size of the benign tumor: this is a completely precautionary measure, also because usually hepatic angiomas tend to maintain firmly its own dimensions.

When, on the other hand, the liver angioma is large and causes severe abdominal pain, nausea and vomiting, surgery is usually required.

A liver angioma can be treated, depending on where it resides and the structure it has (single or multiple), in the following ways:

An individual, at the news of being a carrier of a liver angioma, could rightly worry, despite being made aware of the benign and almost always asymptomatic nature of the tumor.

It can be useful, to calm down and overcome the moment of agitation, ask your doctor for information on everything concerning liver angiomas: from what are the possible symptoms to what to do in case of their appearance.

Furthermore, to avoid harming the health of your liver and being sure not to worsen the situation, it is advisable: not to smoke, limit (if not completely avoid) alcohol consumption and adopt a healthy diet (possibly low in fat).

Many individuals with an angioma of the liver live a normal life and without any sort of disturbance.

On the other hand, the case of people subjected to one of the proposed therapeutic interventions is different (therefore when the hepatic angioma is symptomatic): these subjects, in fact, must face a period of convalescence of different duration, depending on the severity of the situation. For example, liver transplantation implies, often for the rest of the patients' lives, a treatment based on immunosuppressive drugs, in order to avoid the rejection of the implanted organ.

When the etiology (ie the triggering causes) of a given morbid state is unclear, prevention is difficult if not totally impractical. Liver angioma makes no exceptions, however, if present, it is good practice to examine it periodically. 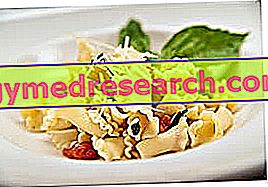 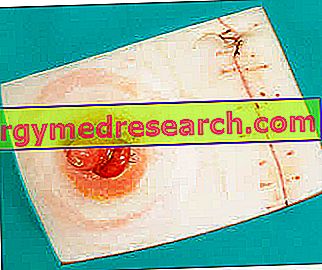