Pulmonary edema consists of fluid leaking from the capillary system of the lungs, with consequent accumulation of water and other plasma components in the extravascular space. This is a very serious pathological condition; in fact, the unusual presence of fluids compromises the function performed by the alveoli during breathing. In particular, gaseous gas exchanges are compromised no and carbon dioxide, so that in the most serious cases the edema can lead to respiratory failure.

The symptoms of pulmonary edema are numerous and the most evident is dyspnea, that is respiratory difficulty.

Pulmonary edema, due to its severity, requires timely diagnosis, which is also useful in shedding light on the causes. Chest radiography, echocardiography, electrocardiogram, cardiac catheterization, pulmonary catheterization and blood gas analysis are the recommended methods of investigation. Discovering the causes is of fundamental importance for planning drug therapy and evaluating the surgical option.

What is pulmonary edema

Pulmonary edema consists of the escape of fluids from the capillary system of the lungs towards the interstitial spaces, and from here to the air cavities of bronchioles and alveoli.

In the alveoli the gaseous exchanges take place that allow human respiration. Pulmonary alveoli and capillaries are in close contact with each other, separated only by a thin layer of cells; it is in this area of ​​contact that the capillary blood is charged with oxygen inspired by air and transported from the airways to the cavities of the alveoli; at the same time, in the alveoli the blood gets rid of carbon dioxide, that is the waste product of cellular metabolism. After the exchange, the oxygenated blood returns to the heart to be pumped into the organs and tissues to be oxygenated. Having clarified all this, it is evident that alveoli invaded by liquids are no longer able to perform their fundamental function.

At this point, to better understand the pathogenesis of pulmonary edema, it is necessary to go into more detail, examining the alveolar-capillary wall. Between pulmonary capillaries and alveoli there are three distinct anatomical structures:

The passage of liquid outside the capillaries, towards the interstitial space and the alveoli, can occur in two ways:

The occurrence of one of the two escape modalities depends on the causes of the onset of the pulmonary edema. This aspect will be clarified later.

Pulmonary edema is characterized by a succession of increasingly severe stages. The evolution can be summarized in 4 stages:

The causes of pulmonary edema are numerous. Therefore, to simplify, it is possible to divide them into two groups, based on their pathogenesis. We speak therefore of:

Each of these anomalies has particular characteristics, but all of them have a common character such as to induce pulmonary edema: they strike the left half of the heart. In fact, pathologies of left heart failure are also defined.

The pathophysiological mechanisms underlying the distinction in cardiogenic and non-cardiogenic pulmonary edema are divided into three categories:

Alteration of Starling forces . In order not to complicate this text, we will avoid reporting in detail the law of Starling and the forces involved in the related equation. It is important to know that this law considers the oncotic pressures (in which there are also proteins) and hydrostatic pressures inside the capillaries and in the interstitium (in this case, of the lungs). The equation describes the physiological condition, that is normal, and the balance between the various pressures involved; balance that regulates capillary exchanges avoiding excessive leakage of fluids. The same equation also says that, when there is an increase in pressure of a certain magnitude, the pulmonary capillary system is no longer able to control this alteration, thus allowing the capillary fluid to escape in large quantities and invade the interstitial spaces and the alveoli. It will be remembered that this liquid - particularly rich in water and poor in proteins and cellular elements - was called, at the beginning of the treatment, transudated.

According to this pathophysiological mechanism, not only cardiogenic pulmonary oedemas develop, but also some non-cardiogenic forms, which are characterized by an increased pressure in the pulmonary vascular system.

Alteration of the normal vessel wall of the alveolar-capillary system . In this case, the capillary wall suffers a lesion, for example following an inflammatory process, such that the liquid contained escapes from the vessel. It is the aforementioned exudate. The exudation causes the liquid rich in blood components to invade the alveoli, placed in close contact with the capillary system.

Alteration due to mechanisms different from the previous ones . Edema can occur based on particular conditions. This category includes, for example, carcinoma of the lymphatic system, opiate overdose, eclampsia or high altitude pulmonary edema.

Pulmonary edema is characterized by some symptoms, such as:

Dyspnea indicates difficulty in breathing. It can occur after an effort or even at rest, the latter, much more serious. The difficulty is induced by the ineffective gas exchange mechanism (oxygen / carbon dioxide), at the level of the alveolus-capillary system. Orthopnea is dyspnea in a lying position.

Heartbeat and cardiac arrhythmias, particularly tachycardia, determine an altered heart rate in the rhythm. In other words, as these symptoms occur, the heart rhythm generated by the natural pacemaker (called the atrial sinus node) undergoes changes in frequency and speed. The consequences concern the blood flow, which is insufficient to satisfy the body's demands, and the number of respiratory acts, which increase.

The hemoftoe is the so-called blood spit, due to the rupture of the bronchial venules, in the lungs.

Chest pain, when present, may be due to angina pectoris . Angina pectoris arises when the coronary arteries of the heart do not support the oxygen demands of the myocardium, the heart muscle. This insufficient oxygenation can arise for two reasons:

Both situations are linked to heart disease; therefore, chest pain is typical of cardiogenic pulmonary edema.

Hypertension is the increase in pressure within the blood vessels. In cases of cardiogenic pulmonary edema, hypertension may occur due to left heart failure, resulting from heart disease that affects the left side of the heart. Examples of left heart failure are valvulopathies (heart valve disorders), such as mitral stenosis, mitral insufficiency or aortic stenosis. Furthermore, hypertension can also characterize some non-cardiogenic pulmonary edema: it is the case of pulmonary hypertension due to the formation of thrombus inside the pulmonary arteries (the thrombi are solid masses, composed of platelets, which obstruct the blood flow ).

A diagnosis of pulmonary edema can be made by:

Listening . Through stethoscopic analysis, it is possible to hear certain sounds, or noises, which are called rales . They are perceived during the breath and are due to the leaked liquid and to the bubbles it creates in the alveoli. Moreover, in the presence of a specific cardiac pathology, the identification by stethoscope of the characteristic breath allows to discover the cause upstream of the edema.

Chest X-ray (chest x-ray) . It is the recommended diagnostic test to detect pulmonary edema. It allows to distinguish between an interstitial and an alveolar pulmonary edema. With the development of pulmonary edema, in fact, the opaque areas at the lungs are accentuated. This opacity is at the expense of normal transparency, which can be observed in a healthy individual, and is due to the leaked liquid.

Electrocardiogram (ECG) . The measurement of electrical activity allows us to know if at the origin of the pulmonary edema, which is suspected to exist, there are cardiopathies or heart rhythm disorders, ie arrhythmias. It is a useful investigation to understand the causes of edema.

Echocardiography . Taking advantage of the ultrasound emission, this diagnostic tool shows, in a non-invasive way, the fundamental elements of the heart: atriums, ventricles, valves and surrounding structures. Furthermore, the physician can measure, through continuous and pulsed Doppler techniques, the hemodynamics (that is the speed of the blood flow) and obtain the pressure values ​​in the cardiac cavities. Also in this case, it is a useful investigation if cardiogenic pulmonary edema is suspected.

Cardiac catheterization . It is an invasive hemodynamic technique. A catheter is inserted into the arterial vessels, it is led into the cardiac cavities and the blood flow that passes through them is evaluated. The purpose of this technique is to understand whether, at the origin of the pulmonary edema, there is a heart disease.

Pulmonary catheterization . The catheter, in this case, is conducted into the lungs and measures the pressure inside the capillaries.

Blood gas analysis . It is carried out on an arterial blood sample. It is used to evaluate the pressures of dissolved gases, providing a value of oxygen levels. Hypoxemia, ie the low concentration of oxygen in the blood, results in respiratory failure.

Pulmonary edema therapy is a very broad chapter, as there is a different therapeutic approach based on the specific cause. Therefore, the specific therapy will be distinguished from the generic one and only the latter will be described. 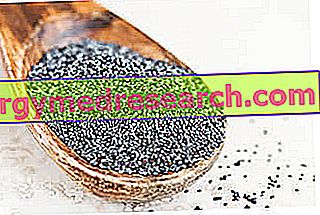