Like all proteins, even animal proteins are made up of the concatenation of about twenty amino acids, 8-9 of which are essential; in fact, the organism is not able to synthesize these amino acids in sufficient quantities for its own needs; consequently, they must be introduced regularly with food.

Animal proteins are considered of high nutritional value, as they contain all the essential amino acids in the right proportions; plant protein sources, on the other hand, are considered incomplete because they lack one or more of these amino acids. Fortunately, this is a different deficiency for each source of vegetable proteins (cereals, legumes, dried fruits etc.), which as such can be filled by combining two complementary protein sources. Let's look at some examples:

These associations are indicated especially for vegetarians, while the problem does not arise for those who follow a normal balanced diet; there is no problem, for example, in consuming a meal based on animal proteins only and the subsequent one based on vegetable proteins only. In the blood, in fact, a pool of free amino acids circulates in constant equilibrium with the body's demands in anabolic processes (in which amino acids are needed for the construction of tissues) and catabolic (in which amino acids deriving from the breakup of aged proteins are recovered) "or malfunctioning).

From the health point of view, the animal or vegetable origin of proteins does not make a huge difference; what matters, apart from the already mentioned differences in the amino acid composition, is the presence of other nutrients, such as fats, cholesterol, carbohydrates and fibers.

The animal proteins contained in pork or beef are for example rich in cholesterol and saturated fats, with significant differences based on the cut considered. Those of poultry, on the other hand, although presenting similar concentrations of cholesterol, are less rich in saturated fats; for this reason the doctors advise to prefer them to the red ones.

In fish the saturated fat content is reduced, while omega three fats abound, exerting an anti-inflammatory and balancing action on the plasma levels of cholesterol and triglycerides.

Crustaceans are particularly rich in cholesterol; however, containing very few saturated fats, they can be consumed with a certain freedom, but without exaggerating. It's the same concept seen for white meat compared to red: the interaction between cholesterol and saturated fatty acids is in fact potentially more dangerous than cholesterol alone. What is even more important is the overall amount of calories in the diet, given that one is the excess of saturated fat in the context of a high-calorie diet, and one thing is the high intake of saturated fat in a low-calorie diet (the Fulani, a nomadic ethnic group of West Africa, draw about 25% of the daily calories from saturated fats (therefore 2.5 times more than the recommended levels), despite this their lipid profile indicates a low cardiovascular risk) .

Animal egg proteins are also associated with large amounts of cholesterol; in this case "the hostile presence" (let's remember that cholesterol is indispensable for life) is compensated by the high lecithin content, which favors the reverse transport of cholesterol (from arteries to the liver) enhancing the activity of HDL (the so-called good cholesterol). Lecithins also promote the digestion of food.

In cheeses we find important quantities of cholesterol and saturated fats, which are not balanced by adequate amounts of omega-three fats, lecithins, antioxidant vitamins or fiber; they must therefore be consumed with a certain moderation and never in addition, but instead of other animal proteins.

Too much protein is bad

To promote digestive processes it is important to avoid mixing proteins of different origins, both animals and animals (for example eggs and fish, milk and meat), and animal-vegetables (meat-legumes) in the same meal. These associations, in fact, like an excessive ingestion of proteins (regardless of origin), reduce their digestion and absorption capacity; unrecovered amino acids favor the growth of a putrefactive flora at the level of the colon, which can be accompanied by constipation or the emission of poorly formed and oily stools, with the expulsion of intestinal gases of particularly bad odor and possible increase in the risk of colon cancer. In addition, high protein diets promote the loss of important minerals such as calcium, predisposing to the development of osteoporosis. However, not all authors agree that the high-protein diet is a risk factor for osteoporosis, given the positive effect on intestinal calcium absorption and on the secretion of osteo-anabolic hormones, such as IGF-1. Furthermore, hypercalciuria associated with high-protein diets could be compensated for by the simultaneous and generous intake of alkalizing foods (fresh fruit and vegetables).

If animal proteins, as we have seen, are burdened by the simultaneous presence of cholesterol and saturated fats, vegetable proteins are generally associated with some anti-nutrients, including trypsin inhibitors) that block protein digestion), and significant amounts of phytates (which by binding to some calcium, magnesium, manganese, zinc, copper and iron, they reduce its absorption).

All these examples have been exposed to clarify that there are no optimal or better protein sources than the others; the power, not by chance, must first of all be varied. In this way, in fact, it is likely that all the nutrients the body needs are taken in the right quantities. Furthermore, the negative consequences deriving from the ingestion of potentially harmful substances, which may be present from the beginning or be formed following the processes of processing, preservation and cooking of the food, are minimized. It is therefore no coincidence that the guidelines for a healthy Italian diet recommend the dietary introduction of both types of proteins, animal and vegetable, in a 1: 1 ratio in the developmental age and 1: 3 - 1: 2 in the adult . 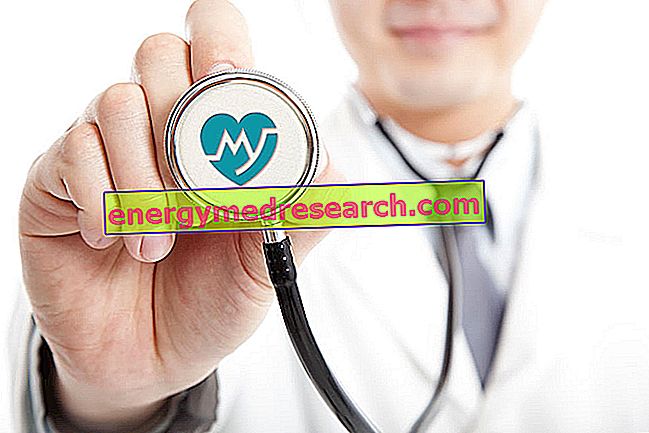 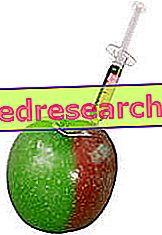