Mistakes and horrors in the weight room

Whether it is a general toning activity or an actual body building activity, the "heavy and aimed at the noticeable increase in muscle mass, the one that everyone considers perhaps, and wrongly, the simplest motor activity of all is actually a real science that makes use of very important notions of anatomy, physiology, biomechanics and so on.

Those who are preparing, both to train themselves and to "train in that mythical environment that is the weight room, will have to know the ABC of body building that, before being integrated, amino acids, creatine and proteins is MOVEMENT SCIENCE.

The errors, often HORRORS, which are more frequently committed to isotonic machines or with dumbbells and barbells, are sometimes very obvious and others much more subtle, hidden, insidious and verifiable exclusively by professional instructors who consider this discipline, in fact, a science and not an activity simplistically relegated among those practicable without too many scruples, because it benefited from the use of more and more advanced machinery.

When you sit at the LAT MACHINE, for example, now also available in the more "guided" versions such as the divergent lines of Hammer, Tecnogym etc ... which offer machines like the HIGH ROW or the FRONT PULLDOWN, you have to know that it is not enough to just sit, hold and pull down, but it is necessary to know, for example, the height at which to position the saddle, the type of handle to use (pronata, supinata, neutral), the ROM (Range Of Moviment), the type of breathing and the posture of the bust, shoulders, head, etc. to be taken. Remaining on this fundamental exercise for dorsal training that mainly involves the GRAN ROTONDO and GRAN DORSALE muscles, in the classic version with wide grip pronated with chest traction, and the GRAN DORSALE, GRANDE ROTONDO and BRACHIALE BICIPAY in the close grip supine version, the most frequent errors are:

1.- "Swing" with the back by pivoting on the very delicate lumbar tract during the traction of the barbell, a technique commonly called "cheating", suitable only for experienced practitioners who train intensely for a program aimed at STRENGTH, in which, the priority given the technical excellence of the execution takes second place to the load to be lifted.

This movement, which is detrimental to the lumbar tract and the scapular humeral girdle, forces us to use 'accessory' muscles in the traction, that is complementary muscles, which are used by the main ones (large dorsal) to complete a movement that is certainly performed WITH an EXCESSIVE LOAD compared to to your potential.

This way, more and more often, you can perform tractions on the LAT MACHINE with the bust almost horizontally ... The technical excellence wants instead that the bust remains more or less in vertical position, or at least SLOW inclined backwards and above all, during the phase positive and negative of the movement, the SHOULDERS must remain LOW or "open as I use to say to make me better understood by the customers.

The shoulders, kept low throughout the entire range of movement, make it possible to act exclusively on the backbones, reducing the action of the deltoids and the trapezius and, above all, acting on the improvement of the posture at the scapular level.

2- end the movement beyond the recommended and correct limit, which is what happens when the elbows have reached the lowest possible position (in correspondence with the waist), the chest bar and the forearms always in a more or less VERTICAL position. The error is precisely that of continuing further, bringing the forearms forward and horizontally, damaging the articulation of the shoulder and the rotator cuff.

Naturally I have not mentioned the exercise of LAT MACHINE DIETRO, which has been in disuse for years after that in-depth studies have shown how much the unnatural trajectory and retropulsion to which the scapula-humeral belt forces can damage the shoulder joint. 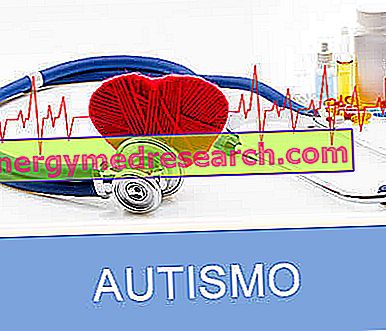