Zander: what is it?

Lucioperca, also known as sandra, sander (zander in English) or pike perca (also spelled "luccioperca"), is a predatory bony fish that lives in fresh water; its presence is also evident in the brackish areas of the river mouths.

Reputed by most as not only edible, but even of good quality, sandra is part of the most widespread and appreciated freshwater fishing products in Europe. It is a much sought-after prey for both amateur fishermen with rods and professional fishermen with nets; the interest of apnea underwater fishermen is limited to the areas surrounding the lakes in which it is granted. It is cooked roasted, especially in the oven and on the grill, or boiled in water or steam; it is also widespread fried.

Pike-perch fish belongs to the first fundamental food group, as it is a nutritional source of high biological value proteins, vitamins (especially water-soluble from group B) and specific minerals (iron, phosphorus). It is low in energy and contains predominantly unsaturated fats, with a good percentage of the semi-essential polyunsaturated omega 3 eicosapentaenoic acid (EPA) and docosahexaenoic acid (DHA); it also brings cholesterol.

Allogeneous for the Italian territories, the pike-perch is native to Central-Northern Europe. Its presence and diffusion in the Bel Pese waterways, especially in the central-north, are the natural consequence - desired or not - of human activities. The reasons behind this phenomenon are still unclear. Many claim it was a "biological maneuver" to counter the expansion of the catfish (Danube catfish, which is also alien). Others, on the other hand, consider it to have fled, at least initially, from the tanks used for sport fishing. The only certainty is that the introduction of this voracious predator has compromised - above all initially - the already disastrous balance of endemic aquatic ecosystems (lakes, rivers, canals, etc.).

As a source of high biological value proteins, specific vitamins and minerals, pike-perch is part of the first fundamental food group.

It has a very low caloric intake; to be clear, slightly higher than that of cod. Energy is given above all by the protein percentage, followed by a modest amount of lipids; carbohydrates and fibers are absent.

The pike-perch peptides have a high biological value, that is they contain all the essential amino acids in the right proportions in reference to the protein model of the human being. Fatty acids, mainly unsaturated, have a good percentage of polyunsaturated fats; considering the type of food, even without further investigation, we can hypothesize that these include the semi-essential omega 3 eicosapentaenoic acid (EPA) and docosahexaenoic acid (DHA). The amount of cholesterol is relevant.

With regard to vitamins, water-soluble levels are defined as good: thiamine or vitamin B1, niacin or vitamin PP, riboflavin or vitamin B2 and pyridoxine or vitamin B6. As far as mineral salts are concerned, the concentrations of phosphorus, calcium and iron are appreciable.

Pike-perch contains no trace of the molecules most often involved in food intolerance reactions, namely: gluten and lactose. It is however necessary to specify that any poorly preserved fish can easily develop significant levels of histamine, creating health problems for consumers and especially for those suffering from specific intolerance.

All freshwater fish is subject to contamination from pollutants. This is only marginally true for the fish that are born and grow in the high mountain A series waters, where the only possible pollution comes from the aquifers and the rains, but above all for those that populate the large river courses, the canals and the lakes of bottom of the valley and of the plains.

The harmful factors that can hide inside the zander are: heavy metals, such as lead and mercury, PFAS and dioxins (or similar products).

Therefore, a pike-perch living in a mountain lake fed only by streams without drains, can be considered safe. In contrast, a sandra grown in the canals of the Po Plain or in the Tiber is far from advisable.

Zander, together with carp and various types of catfish, is among the primary objectives of poaching - carried out almost exclusively by men from Eastern Europe - in the channels of the Po Valley. Zander in the diet

Pike-perch can be one of the many fishery products, if it comes from safe sources.

Thanks to its moderate caloric and lipid intake, pike-perch is an ingredient perfectly compatible with the low-calorie slimming diet. Moreover, the presumably good concentration of EPA and DHA, makes the meat of pike-perch perfect in the diet against some metabolic pathologies; especially arterial hypertension and hypertriglyceridemia, but also hypercholesterolemia and type 2 diabetes mellitus.

The significant protein content, especially in correspondence with the high biological value, makes the zander an excellent food in the potentially deficient diet - or that requires higher quantities - of essential amino acids (for example of the sportsman, of the pregnant, of the disabled etc.).

The water-soluble vitamins of group B have mainly the function of cellular coenzymes, which is why their contribution allows to maintain the overall metabolic efficiency.

Due to the appreciable content of iron, pike-perch meat is considered ideal in the preventive or curative diet of iron deficiency anemia. This occurs most often in fertile women, pregnant women and marathon runners. Phosphorus deficiency in the western diet is almost non-existent, but pike-perch is still an excellent nutritional source. In the context of fish, the calcium content is also appreciable, very useful for optimizing bone metabolism in growing subjects and in old age.

The pike-perch lends itself to the diet of the lactose and gluten intolerant. Well preserved, it has no contraindications even in the histamine intolerant diet.

It is also excluded from the vegetarian and vegan nutritional scheme. Granted by the Jewish and Muslim diet, it is inadequate for the Buddhist and Hindu diet.

Throughout Europe, pike-perch is appreciated for its light, firm but tender meat, with few thorns and a delicate taste. In some culinary environments it is even more coveted than salmon.

Sandra is very similar, not only in appearance but also in taste, to the American walleye ( Sander vitreus ), with which it is closely related. The organoleptic and gustatory characteristics, on the whole, can be defined rather singular and distant both from those of the Italian pike and from those of the royal perch or yellow.

In Italy, pike-perch is eaten boiled, drowned in water or steamed, and roasted, in the oven or on the grill. Then there are other applications such as frying, cooking fillets in a pan, cartoccio etc. Outside the peninsula, it is also used raw for sushi and sashimi. The smoked pike-perch is very famous. Certain offal of the sandra can be tasted in consommé.

In 2004, some restaurants in Minneapolis-St. The area of ​​Paul of Minnesota, in the United States, served imported pike-perch instead of walleye. A US Food and Drug Administration investigation followed.

In Ohio, many restaurants use sandra fillets instead of Lake Erie yellow perch (more rare and expensive).

In Poland, the zander is considered a delicacy, but the difficulty in catching it makes it quite expensive. Here it is cooked with butter instead of olive oil.

In the Serbian province of Vojvodina, zander has a long tradition in local cuisine. It is usually cooked in lemon sauce and accompanied with a potato and onion salad.

Pike-perch is a freshwater bony fish belonging to the Percidae Family, Genus Sander and a zander species. However, related to the perch (real and yellow), the sandra is not a hybrid between the latter and the pike. The name pike-perch has instead been attributed to distinguish it from the perch by virtue of the characteristic elongated shape and the mouth full of sharp teeth.

Typical of the western Eurasian continent, it is concentrated mainly in Central and Northern Europe. It was introduced for recreational sports fishing, as a voracious predator, even in other environments including, we have said, even Italy.

In Europe, a second species of zander is known as Sander volgensis, to the Russian southern rivers and the Danube basin. Between the two species it is possible, even if not in nature - due to the suspicion of pre-gypsum isolation - the biological crossing.

Distribution and habitat of pike-perch

Pike-perch is common throughout Eurasia, in the area between the Caspian Sea, the Baltic Sea, the Black Sea, Lake Aral, the North Sea and the Aegean Sea. The northern distribution margin is Finland. It has been introduced by man in Great Britain, Southern Europe (also in Italy) and Continental Europe, west of the Elbe, Ebro, Tagus and Jucar rivers, as well as in Anatolia, North Africa, Siberia, Kyrgyzstan and Kazakhstan.

Zander inhabits mainly freshwater streams, large rivers and eutrophic lakes. It tolerates brackish water and is well present on estuaries. Individuals living in brackish habitats migrate upstream, towards the source, for spawning (even up to 250 km).

Not only in Italy - for example, even in Great Britain - the pike-perch is considered a fish potentially harmful for the native fauna.

The adaptability of the pike-perch is due to a vast series of factors, the main of which is the aptitude to live even in poorly flowing waters, poorly vegetated and rather turbid. Unlike pike, sandra also thrive in very low visibility. Initially it was believed that they needed strongly oxygenated water and that they could quickly disappear from the eutrophic areas. However, the current population density of zander in stagnant waters is denying this hypothesis.

Zander is a predator. It feeds on fish, live and dead, and amphibians. It also does not disdain worms, larvae and insects. It is preyed upon by other fish, birds and other large aquatic predators, especially at a young age.

The amateurish fishing of sandra with canes is done mainly by spinning, with artificial baits (silicone and plastic simulators, rotating and undulating teaspoons). From the now abandoned fishing technique "with the living" (fish in love), today the "dead man" is preferred.

Even if it is not bred, its adaptability makes the fishing activity quite sustainable.

Description of the zander

The zander has an elongated body. The dorsal fin has 13-15 spiny rays, like that of perch. The mouth, large and long, is full of sharp teeth. On the back, the males have a typical depression between the head and the first fin, while the females are rounded. On the back it is brown or green; the belly is clear, almost white. On the sides it looks yellowish, with evident vertical black streaks. The fins are greenish and black spotted.

According to the people living in its places of origin, pike-perch can reach a weight of 20 kg. However, the most frequent catches are limited to smaller specimens. The average length is 40-80 cm and the larger ones reach 120 cm.

The biggest pikeperch ever captured in Europe was taken in Lake Maggiore, Switzerland, in June 2016; the weight was 11.48 kg.

More or less "reliable" sources report that in July 2009, in Switzerland, a zander had attacked two bathers on Lake Maggiore, inflicting cuts of up to 10 centimeters in length. The fish, 70 cm and 8 kg, was later captured by the local authorities who cooked it and offered it to tourists to repay.

History is not very credible but neither is it impossible. The large fish may have mistaken the movement of bathers, of hands and feet, for a possible prey. It should however be specified that the sandra does not attack, indeed fears, the human being. 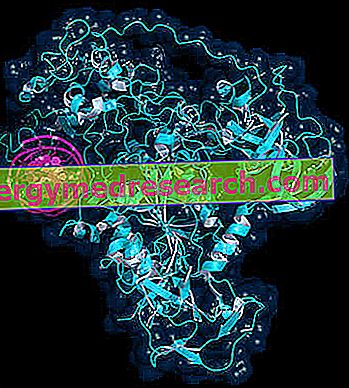