GINODEN ® is a drug based on ethinyl estradiol + gestodene

GINODEN ® is used as an oral contraceptive.

The presence of gestodene as a progestin, allows the classification of GINODEN ® among third generation oral contraceptives, formulated with the aim of reducing some of the most frequent side effects related to contraceptive therapy such as skin disorders and weight gain.

However, this characteristic was not sufficient to reduce some of the most clinically relevant reactions such as thromboembolic pathologies, for which even a modest increase in their incidence was observed.

From the pharmacological point of view, however, the simultaneous presence of ethinylestradiol and gestodene allows both to inhibit the hypophysial secretion of gonadotropins, capable of blocking follicular maturation and ovulation, and to induce a series of chemical-physical variations of the cervical mucus useful to counteract the sperm ascent along the female genital tract and possible embryo nesting in the endometrium.

The above biological characteristics are the basis of the contraceptive power of GINODEN ® whose maximum effectiveness is achieved around the second half of the treatment cycle, when the concentrations of both hormones reach the steady state.

1. GINODEN IN THE CLINICAL PRACTICE

Italian study that demonstrates how the use of GINODEN ® has been associated with good metabolic control, with significant variations only in HDL cholesterol, and with a reduction in the average cycle duration and bleeding.

Yet another study that demonstrates how the use of oral contraceptives based on ethinyl estradiol and gestodene in normotese women, does not exercise any kind of variation on blood pressure after 12 cycles of treatment.

Work which shows how the intake of oral contraceptives based on gestodene and ethinyl estradiol for 12 treatment cycles, can determine a variation both in excess and defect of about 2 kg, as observed in 70% of treated women. However, the average weighted increase measured was 0.3 kg.

the correct dosage schedule involves taking one tablet a day for 21 continuous days, preferably at the same time, followed by a one week suspension period, during which suspension bleeding due to endometrial changes induced by hormonal absence.

The maximum contraceptive efficacy is achieved around the middle of the second cycle, while it gradually tends to decrease after about 36 hours of suspension to disappear completely after a week, when the hypothalamic-pituitary-gonadal axis resumes its normal functioning.

Changes in the recruitment pattern, especially in the initial phase of contraception, may be necessary in the case of recent pregnancies or abortions, forgetfulness or changes in the oral contraceptive used.

The use of oral hormonal contraceptives must necessarily be preceded by a medical consultation useful for evaluating the prescriptive appropriateness and the possible presence of conditions incompatible with the therapy.

Given the numerous side effects, especially those related to the risk of embolic thrombus, the presence of cardiovascular and neoplastic diseases in place or past, liver and kidney diseases, neurological and psychiatric disorders, metabolic pathologies such as diabetes and risk factors for cardiovascular diseases like obesity or smoking, it could represent an important limit to oral contraception.

In these cases the patient should be monitored periodically and informed in detail on the potential side effects and on the signs with which these occur, so that they can be recognized promptly and resort to remedies.

GINODEN ® contains lactose so that its intake in patients with lactase enzyme deficiency, glucose / galactose malabsorption or lactose intolerance, could be associated with severe gastrointestinal disorders.

The use of hormonal contraceptives is contraindicated during pregnancy due to the absence of clinical trials capable of demonstrating total safety.

Furthermore, given the ability of both ethinylestradiol and gestodene to permeate the mammary barrier, concentrating in breast milk, the intake of GINODEN ® is also contraindicated during the subsequent breastfeeding period.

Given the hepatic metabolism to which both gestodene and ethinylestradiol are subjected, it is necessary to remember the most common drugs able to alter the pharmacokinetic characteristics of GINODEN ®

In particular, all the active ingredients inducing the cytochromial enzymes such as rifampicin, phenytoin, barbiturates, antiretrovirals, antibiotics, herbal remedies such as St. John's wort, could increase the activity of the aforementioned enzymes, contributing to the drop in blood concentrations of the two hormones with a reduction in the contraceptive power of the drug.

In the light of these considerations and known other possible interactions, it would therefore be advisable to consult your doctor before resorting to the concomitant assumption of any drug, possibly even resorting to contraceptive methods of coverage.

GINODEN ® is contraindicated in case of current or previous venous thrombosis, stroke, hypertension, metabolic pathologies such as diabetes mellitus, hypertension and dyslipidemia, liver and kidney function changes, malignant pathologies, neuro-psychiatric disorders, motor disorders, undiagnosed gynecological disorders and in case of hypersensitivity to the active ingredient or to one of its excipients.

The use of oral contraceptives is often accompanied by short and long term side effects.

While the former are in most cases clinically irrelevant and transient, often characterized by nausea, abdominal pain, weight gain, headache, altered mood status, increased breast tension with tenderness, long-term ones are particularly dangerous so as to promote the suspension of therapy.

GINODEN ® is salable only under medical prescription. 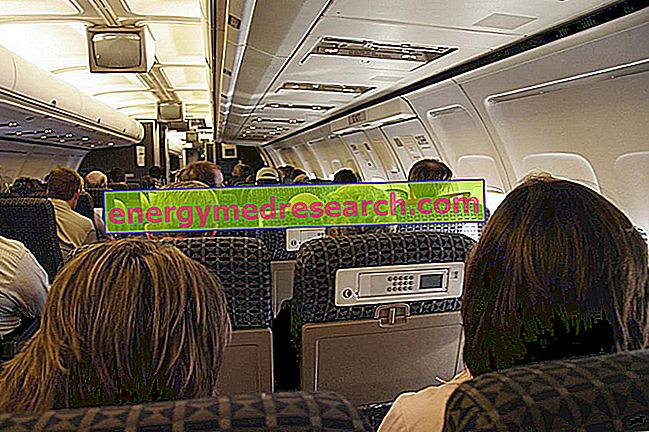