Also known as a virile rod or rod, the penis is a male organ belonging to the reproductive and urinary systems.

Penis as a reproductive organ

Reproduction is the process by which a man and a woman generate an individual of the same species. In order for this to be possible, it is first of all necessary for a male sex cell (called a spermatozoon ) to join a female sexual cell (called an egg or egg cell ).

The meeting and the fusion between the spermatozoon and the egg cell takes place at the level of the internal female genitalia, precisely in the ampulla of the fallopian tubes or salpingi.

The penis is the male copulatory organ . During sexual intercourse, the entrance of the penis into the vagina allows the sperm necessary for the reproduction of the species to be transferred inside the uterus and the fallopian tubes.

Sperm is a liquid composed of spermatozoa produced by the testicles, to which are added the secretions (of prostate, seminal vesicles and periurethral glands) necessary to protect them and support their activity.

During a sexual intercourse, the sperm is expelled from the penis, through the urethra, at the moment of ejaculation .

In order to fulfill its copulatory function, the penis must be in an erection, ie in a state in which the organ increases in size and consistency following psychological stimuli and the consequent involuntary physiological reactions.

Together with the scrotum and the structures it contains, the penis forms the male external genitals .

Penis as part of the urinary tract

The urethra is a thin tube about 18-20cm long (in humans) that connects the urinary bladder with the external environment.

The urethra runs along the shaft of the penis and ends at the level of the external urethral orifice (or meatus), which externally opens into the glans of the penis.

Anatomy of the penis

The structure of the penis can be divided into three parts:

The root (or crura) is the internal, hidden and fixed part of the penis; it consists of the initial portions of the spongy body of the urethra (bulb) and of the two cavernous bodies (roots), which are fixed in the perineum providing stability and anchoring to the penis shaft.

The shaft of the penis (or body of the penis ) is the external and mobile part of the penis, surmounted by the glans. It has a cylindrical shape and its dimensions vary depending on whether it is in resting conditions (flaccidity) or in erection.

Figure: schematic representation of the penis in cross section. The so-called albuginea tunic is a connective shell that covers the two cavernous bodies and the spongy body (which contains the urethra) separately. In turn, this robe is covered by the Buck belt, which is covered by the Colles strip. The latter separates the subcutaneous tissue and the skin from the underlying erectile structures.

A thin layer of skin envelops and covers the shaft of the penis along its entirety; here the skin is thin and slightly pigmented, therefore darker than the skin color of the remaining areas of the body.

The upper face of the shaft (dorsal face) consists of two cavernous bodies, while the lower (ventral) face is formed by the spongy body (or cavernous body of the urethra).

The spongy body and the corpora cavernosa are the erectile structures of the penis: by filling with blood they allow an erection.

Along the lower face of the rod it is possible to appreciate a longitudinal tubular protrusion, determined by the urethra contained in the cancellous body.

As anticipated, in the hidden part of the penis the two cavernous bodies continue in the two roots (or crura) right and left.

glans of the penis With sexual stimulation, nerve stimuli release neurotransmitters - such as nitric oxide - from the terminals of the cavernous nerves. This causes the smooth muscles to relax in the arteries and arterioles that supply erectile tissue, resulting in vasodilation and increased blood flow. At the same time, there are mechanisms that strongly reduce the flow of blood leaving the penis. These events allow the blood to collect in the corpora cavernosa and the penis passes from the flaccid state to the erect one (tumescence phase).

Also known as balano, the glans is the distal end of the penis and represents the termination of the spongy body.

It is pink-purple in color and has the shape of a truncated cone, useful for promoting penetration into the vagina.

The glans appears swollen at the base with respect to the rod, from which it separates for a brief narrowing called the balanopreputial groove, which delimits the neck of the penis inferiorly.

At the base, therefore, the glans expands to form a protruding rounded edge, called the crown of the penis . Here you can find small pinkish white growths, called pearly pearly papules . Their possible presence is a constitutional characteristic of the individual without pathological meaning.

In the penis normal to the state of flaccidity, the glans is covered with a layer of sliding skin called foreskin .

The inner cutaneous layer of the foreskin, lighter in color (pink) blends with the crown of the glans and is fixed posteriorly to it through a median skin fold called the frenulum (vulgarly " fillet ").

The frenulum, therefore, represents the thin strip of skin that joins the glans to the foreskin.

In the normal penis in erect state the foreskin slides backwards leaving the glans uncovered. However, there is variability in the length of the foreskin, which for example may not completely cover the glans during the flaccid state or be too long and attached to it to slide backwards during erection. In the latter case we speak of phimosis, whereas if the foreskin retracts only up to the coronal margin of the glans we refer to paraphimosis . Figure: schematic representation of the inferior face of the penis, showing the location of the frenulum. It is a primary erogenous zone, whose direct stimulation with the fingers can easily lead to orgasm. The frenulum is also a delicate area, which can be partially or totally damaged during sexual intercourse. If necessary, it is possible to lengthen the frenulum with a small surgical procedure (frenuloplasty).

The practice of circumcision consists in resection of the foreskin; in addition to the religious significance, this practice has a certain utility in the prevention of penile infections and accumulation of smegma.

At the level of the crown and the internal surface of the foreskin there is an important secretion of sebaceous material, produced by the preputial glands (or Tyson's glands); this material, together with the desquamated cells, is the main constituent of smegma, responsible for the smell of the penis. Not all authors, however, agree on the actual existence of such glands.

At the apex of the glans the external urethral orifice is present, that is the opening with which the urethra communicates to the outside allowing the escape of urine, in urination, and of sperm, in ejaculation.

The glans is a primary erogenous zone ; in fact it is very rich in nerve endings in charge of voluptuousness (sexual pleasure), which are very well represented also on the inner surface of the foreskin and on the frenulum.

Size and length of the penis

Although the average values ​​published in the literature differ slightly from each other, in the textbooks and in the various sources consulted, an erect penis length between 12 and 15 centimeters is considered normal.

Figure: how to measure the length and circumference of the penis in erection. Image from: //en.wikipedia.org/

In the flaccid state, however, the length of the penis drops to 9-10 centimeters. As for the erect circumference of the penis, this is around 12 centimeters on average.

Disorders and Diseases of the Penis 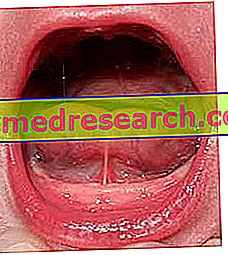 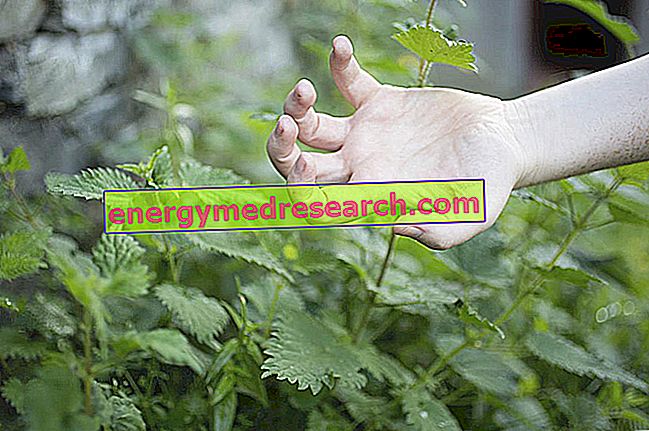 Urticaria: why is it called so?