Tritanrix HepB is a vaccine in the form of a suspension for injection. The product contains as active components toxoids (also called anatoxins; they are chemically toxins deprived of the toxic power) of diphtheria and tetanus, Bordetella pertussis (bacterium that causes pertussis) inactivated (ie dead) and parts of the hepatitis B virus.

What is Tritanrix HepB used for?

Tritanrix HepB is used to vaccinate infants at least six weeks against diphtheria, tetanus, pertussis and hepatitis B.

How is Tritanrix HepB used?

Tritanrix HepB is given as a deep injection into the muscle, preferably the thigh. The recommended vaccination schedule includes three administrations at least four weeks each, within the first six months of life. If the newborn has not been vaccinated against hepatitis B at birth, Tritanrix HepB can be administered starting from the eighth week of age. In areas where hepatitis B is widespread, the practice of vaccination at birth should be maintained, starting the administration of Tritanrix HepB once it reaches six weeks of age.

A booster vaccination is recommended before the completion of the second year of life.

How does Tritanrix HepB work?

Tritanrix HepB is a vaccine. Vaccines "teach" the immune system (the body's natural defenses) to defend itself against diseases. Tritanrix HepB contains small amounts of:

When the newborn is vaccinated, its immune system recognizes the parts of bacteria and viruses contained in the vaccine as "foreign" and produces antibodies to fight them. Subsequently, if this person naturally comes into contact with bacteria or viruses, his immune system will be able to produce antibodies more quickly. This helps to protect the vaccinated person against diseases caused by these bacteria and viruses. The vaccine is "adsorbed"; this means that the toxoids and parts of the hepatitis B virus are fixed on aluminum compounds in order to induce a better immune response. The surface antigens of the hepatitis B virus are produced with the so-called "recombinant DNA technology", that is by inserting a gene (DNA) into a yeast that becomes able to produce proteins.

The active substances in Tritanrix HepB have been available in the European Union (EU) for several years in other vaccines.

What studies have been performed on Tritanrix HepB?

The effects of Tritanrix HepB were first tested in experimental models before being studied in humans.

Tritanrix HepB was the subject of six studies involving a total of 872 newborns aged between 7 and 20 weeks, all of whom were vaccinated with the product. The main measure of effectiveness was the production of defense antibodies in newborns after the first series of vaccinations.

Subsequent studies looked at the effects of the vaccine in younger infants and the maintenance of antibody levels after vaccination.

What benefit has Tritanrix HepB shown during the studies?

Further studies showed that the start of vaccination on reaching six weeks of age was appropriate and that booster administration is needed in the second year of age to maintain protection.

What is the risk associated with Tritanrix HepB?

Tritanrix HepB should not be used in infants who may be hypersensitive (allergic) to any of the active substances or to any of the other ingredients. It should also not be used in neonates who have had allergic reactions after a diphtheria, antitetanus, pertussis or hepatitis B vaccination. The administration of Tritanrix HepB should be delayed in infants with severe sudden fever and should be avoided if the child has had encephalopathy (a brain disease). ) of unknown cause in the week following a previous vaccination with a vaccine containing pertussis.

As with all vaccines, if Tritanrix HepB is used in very premature newborns, there is a risk that apnea will occur (short breaks during breathing). In this case, breathing should be monitored for up to three days after vaccination.

Why has Tritanrix HepB been approved?

The Committee for Medicinal Products for Human Use (CHMP) decided that the benefits of Tritanrix HepB outweigh the risks of active immunization against diphtheria, tetanus, pertussis and hepatitis B of newborns at least six weeks of age and recommended the release of marketing authorization for Tritanrix HepB.

The full EPAR for Tritanrix HepB can be found here. 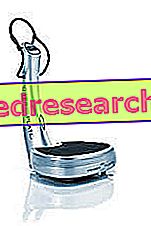 Vibration platform: how does it work? 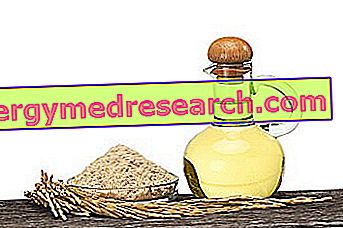