In Italy, kataifi means a fillo pasta made from flour and water, preformed into thin spaghetti and sold dry in small tangles; it is mainly used to make desserts. In reality, the noun kataifi (or kadaifi or kunefe) indicates a type of dessert originating in the Greek or Turkish area. These, in turn, have their origins in some Levantine recipes, more precisely in Jordan, Lebanon, Israel, Palestine, Syria and Northern Egypt. The best known of these desserts is called kanafeh; it is a food based on kataifi pasta, white cheese, syrup, aromas and pistachios.

The kanafeh is available mainly in three versions:

In all versions it is necessary to use good quantities of butter or margarine or palm oil. In the khishnah kanafeh, during the last minutes of cooking, syrup is poured, a few drops of rose water or orange flowers and a grain of pistachios.

Kataifi pasta is a product of vegetable origin (suitable for vegetarian and vegan diets) belonging to the III group of foods.

Kataifi pasta has a rather high energy supply, mainly provided by carbohydrates, followed by lipids and finally by proteins.

Fibers are abundant and cholesterol is absent.

From the mineral point of view, the kataifi pasta does not show levels worthy of note, except for the iron which, in any case, does not enjoy an excellent bioavailability. As far as vitamins are concerned, good concentrations of thiamine (B1) and niacin (PP) are found.

Kataifi pasta does not contain lactose but provides a certain amount of gluten, which is why it does not lend itself to the diet against celiac disease.

By virtue of its caloric content and glycemic load, it is not a particularly suitable food for the overweight person, type 2 diabetic and hypertriglyceridemic.

The average portion of kataifi pasta depends on the composition of the overall diet. 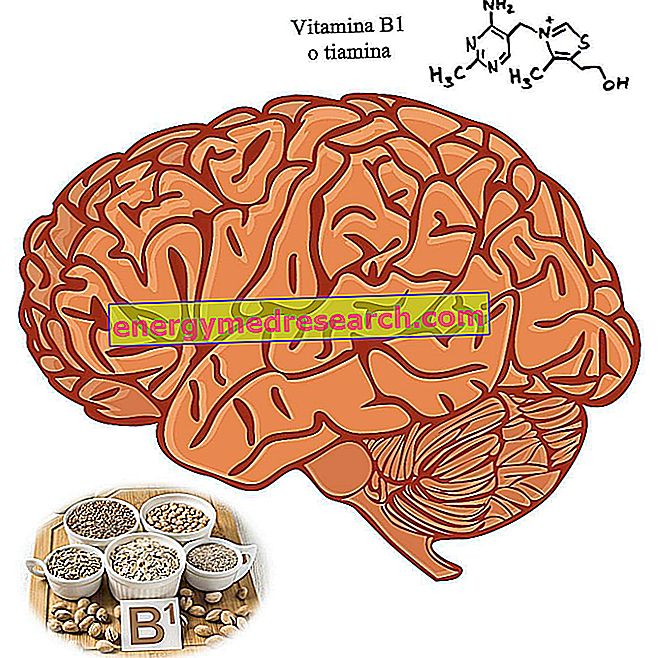 Wernicke's encephalopathy: what is it?