Feeding of the bitch in pregnancy and of the elderly dog

Feeding during pregnancy and lactation

During the first half of pregnancy, which lasts about 60 days in the dog, the nutritional requirements of the bitch do not undergo major changes.

Conversely, in the last month of gestation the weight gain of the fetuses becomes relevant, so that the nutritional needs rise to reach a maximum of 30-50% more than the maintenance ration. The feeding of the bitch will be divided into several meals a day, as the increase in uterine volume hinders the filling of the stomach.

During this phase, and for the entire lactation period - unless the dog is overweight or obese - it is good to leave food available throughout the day (ad libitum feeding).

Consider that at the height of the lactation, corresponding to the third week after birth, a 30 kg dog secretes more than 2 liters of milk a day, equal to 6% of its own weight.

Given its particular composition, with milk there is a high daily loss of calories, such that it is calculated that in these days the energy requirement of the bitch is two to three times greater than that of maintenance. With milk, significant amounts of fat, calcium, phosphorus, proteins, sugars and various nutrients are also lost.

To avoid the onset of nutritional deficiencies and excessive slimming of the bitch, the feeding of the brood includes the use of specific feeds, which are characterized by the highest concentration and completeness of nutrients, while maintaining good digestibility.

As anticipated, the frequency of meals will go up to 4 daily occasions, or will be left at the discretion of the mare. If this appears lean and emaciated, it is possible to proceed with an early weaning of the puppies, as illustrated in the dedicated chapter. In the event of excessive losses of certain minerals, such as calcium, there is in fact a risk that the nurse will face possible pathologies, such as puerperal tetany.

Finally, remember that the water must always be available to the animal to compensate for the enormous expenditure of liquid through the milk.

The aging of the dog is accompanied by physiological and functional changes of various kinds.

The animal, for example, becomes less sensitive to flavors and odors, to the stimulus of thirst and to that of insulin.

It digestes food with greater difficulty, is more prone to constipation and dehydration, as well as to infections and diseases of different nature.

In this period of life the feeding of the dog must be characterized by a lower caloric intake, by the choice of foods more easily digestible and palatable (but poor in sodium, especially in the presence of heart disease), with a strong preference for high protein biological value.

The latter will be reduced in favor of quality (choose lean proteins of animal origin) in the presence of kidney problems (nephropathy), liver disease or struvite urolithiasis.

Just like in humans, movement benefits the health of the elderly animal, especially if it is diabetic. In this case, sugars and refined foods (such as cereal flakes and puffed rice) in favor of dietary fiber will be particularly limited.

With a view to reducing caloric intake, lipid intakes will also be reduced, without forgetting the importance of essential fatty acids contained in fish and its oil, and in general in vegetable oils (particularly walnut, hemp, soybean)., of canola). 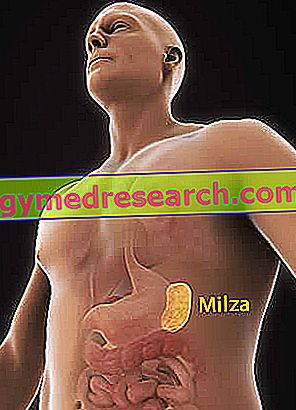 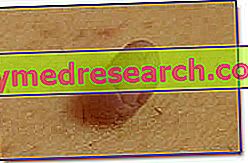