What is monosodium glutamate?

Monosodium glutamate is a flavor enhancer, which is added to other aromas to avoid having to use them at high doses.

The flavoring capacity of glutamate is exploited by the food industry to enhance the flavor of stored products, meat, fish and some types of vegetables. A few years ago, research was conducted in the United States in which a group of children were made to taste fried chicken legs treated with glutamate or not. As many as 95% of children expressed their preference for glutamate-enriched chicken. In fact, there are specific taste receptors on our language with a marked sensitivity to this substance; the recent discovery of their existence unquestionably demonstrates the presence of a fifth taste, in addition to the classic quartet given by sweet, salty, sour and bitter.

Chemistry and production of monosodium glutamate

Monosodium glutamate is a white crystalline powder, obtained from glutamic acid, a non-essential but extremely widespread amino acid (especially in marine algae, in vegetables and in sugar beets).

It was discovered in the 1920s by a Japanese scientist and even today the "Rising Sun" is one of the major producers of monosodium glutamate.

The worldwide consumption of this additive is estimated at around two hundred thousand tons a year, respectable numbers, especially if we consider that a few mg are enough to enhance the flavor of a food. In a normal meal we can get to take even twenty times more than those normally present in food.

In 1925 the owner of a US milling industry discovered an innovative method to extract glutamate from waste water resulting from the fermentation of molasses, borlande and even glucose syrups.

What are the foods rich in sodium glutamate?

Foods in which sodium glutamate is widely used are broth nuts, canned meat and vegetables, cured meats, frozen or freeze-dried products and some ready meals.

Often, the use of this additive is masked by the abbreviations ranging from E620 to E625 . Parmesan cheese, along with vegetable nuts and canned peas, is one of the most rich foods ever of monosodium glutamate.

Parmigiano Reggiano is one of the foods richest in monosodium glutamate. The average amount in 100 grams of Parmesan is about 1.6 grams. It should be pointed out that this is natural glutamate, that is, it is originally contained in the milk used to produce cheese; therefore, Parmesan glutamate is not an additive introduced during production.

Chinese cuisine, in particular, makes extensive use of an alga that has the sodium salt of glutamic acid as its active ingredient.

Who should limit the use of monosodium glutamate? Monosodium glutamate, despite having the same perception threshold as table salt due to its salty taste, contains less than a third of sodium. In any case, those who follow a low-salt diet should also reduce the consumption of the processed foods that contain it.

Monosodium glutamate should also be avoided by people with asthma or allergy to aspirin.

Today glutamate is considered a safe additive, even if in the past there has been no lack of controversy over its safety. In the 1960s, for example, the so-called " Chinese restaurant syndrome " spread, which caused the skepticism towards this ingredient to grow out of all proportion. In those years, the existence of a relationship between glutamate consumption and the appearance of symptoms such as headache, dizziness, palpitations and hot flushes in predisposed subjects was demonstrated.

The "allergenic" power of glutamate derives from its ability to lower the excitability threshold of neurons.

The results of another study that associated the prolonged use of monosodium glutamate with the progressive thinning of the ocular retina were known as early as the 1950s; according to the most recent research results, the chronic intake of this additive would even cause neurological disorders, facilitating the onset of neurodegenerative diseases.

However, it must be emphasized that most of the research carried out so far has denied the alleged problems of chronic toxicity and carcinogenicity deriving from the prolonged use of the additive object of this article.

Chinese restaurant syndrome: does it exist?

"Why do I suffer from headaches every time I eat in Chinese restaurants?"

In Chinese cuisine large quantities of monosodium glutamate are used to improve the flavor of the recipes; many people, however, seem to show a poor tolerance to this additive, often complaining of headaches and numbness of the back of the neck, which can radiate to the arms. Others report slightly different symptoms, among which there is always headache (from mild to severe), sense of constriction in the chest, pressure on the cheeks and jaw, slight changes in mood, weakness, tingling, burning sensations, heart palpitations or sleep disturbances. Some say they have experienced asthma-like symptoms after consuming even small amounts of monosodium glutamate.

These temporary but unpleasant symptoms are often so mild that they go unnoticed, making it difficult to estimate how many people are sensitive to monosodium glutamate. Furthermore, the appearance of ANY symptom should not be associated with the effects of monosodium glutamate; in fact, there is another very frequent complication that causes the appearance of symptoms such as: skin redness, itching, gastrointestinal disorders, hypotension, dizziness, tachycardia and rhinitis with sneezing. This is histamine intolerance, which can manifest itself by consuming foods rich in histamine (such as poorly preserved fish, blue cheeses, beer, wine, etc.) and those that are liberators (chocolate, seafood, strawberries, milk, eggs, alcohol etc).

On the other hand, the reaction between monosodium glutamate of Chinese recipes and the appearance of specific symptoms is so widespread that it is called Chinese restaurant syndrome.

If the symptoms become so annoying as to affect general psychophysical well-being, it is recommended to consult an allergist and to eliminate all foods containing monosodium glutamate for at least two weeks. This last operation may not be easy, especially for those who often eat outside the home and / or use packaged products; it is recommended to consult the nutritional labels carefully and / or to advise the catering staff about their condition.

Among the homemade ingredients, those that contain the most are the classic bouillon cube and soy sauce.

Currently in Europe the use of monosodium glutamate has been prudently banned in food products intended for early childhood.

Misleading use of monosodium glutamate

Beyond its presumed or real toxicity (the debate between health-conscious, consumers, restaurateurs and industrialists is still on today), the use of glutamate remains substantially "a deception for the consumer", since it is often used to improve the taste of food products prepared with raw materials of poor quality. 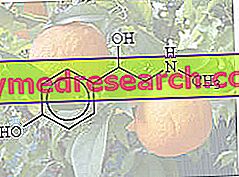 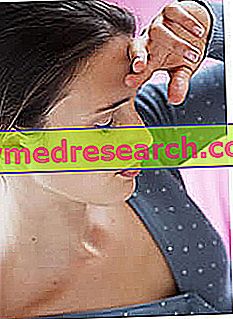