NATRILIX ® is an indapamide-based drug

NATRILIX ® is indicated for the treatment of essential hypertension.

NATRILIX ® taken orally, is effectively absorbed in the gastro-intestinal tract, reaching the maximum plasma concentration within the first hour after administration. The antihypertensive action of NATRILIX ® is due to the presence of the active ingredient indapamide, capable of inhibiting the reabsorption of sodium at the distal tubular epithelium of the nephron, facilitating urinary secretion and consequently stimulating also the increase in diuresis. In addition to the diuretic action, in the control of hypertension, a second mechanism also seems to be involved, which allows to control peripheral vascular resistance and to reduce the contraction of the vascular musculature. This effect seems to be mediated by the increased synthesis of prostaglandins, by the vasodilatory and anti-aggregating action.

After its effect, the indapamide is excreted - mostly intact - predominantly through the urine.

1 THERAPY COMBINED WITH INDAPAMID IN HYPERTENSION

The main therapeutic indication of indapamide is known to be essential hypertension. In this study that enrolled about 11, 140 hypertensive patients with type II diabetes, it was observed that the combined therapy between indapamide / perindopril, for 6 weeks, guaranteed a significant improvement in blood pressure (decreased by about 6 mmHg), with a reduction in vascular, renal and cardiac events greater than 14%. Another positive aspect of the combination therapy was the absence of clinically important side effects, despite the fact that they were patients suffering from type II diabetes, for which hypertensive therapies are often accompanied by an alteration of the normal glycemic profile.

2. INDAPAMID AND IMPROVEMENT OF SEXUAL LIFE

About 2/3 of patients with hypertension show a progressive worsening of their sexual life. This study, known as BOLERO, has shown that the administration of indapamide for 8 weeks has guaranteed in about 33% of patients treated a loss of sex life, and only in 1% even an improvement. However, it is known as an improvement on the sexual life, it can also be achieved by restoring a correct lifestyle.

3. INDAPAMID IN THE CONTROL OF VASCULAR FUNCTIONALITY

The combined treatment with indapamide / perindopril, has long been used in patients with hypertension, with excellent results. However, hypertension subjects the vascular structures to continuous damage, which can compromise the normal function of the microcirculation. This therapeutic combination has proved useful, not only in improving blood pressure levels, but also in improving the structural and functional situation of the vascular endothelium of the microcirculation, exerting a unique action in this therapeutic category.

NATRILIX ® tablets of indapamide 2.5mg: we recommend taking one tablet orally in the morning.

NATRILIX ® 1.5 mg indapamide prolonged-release tablets: we recommend taking one tablet every 24 hours, preferably in the morning.

The dose should necessarily be adjusted in the elderly, based on age, sex, weight and the pathological condition it presents.

IN ANY CASE, BEFORE TAKING NATRILIX ® Indapamide - THE REQUIREMENT AND CHECK OF YOUR DOCTOR IS NECESSARY.

Before taking NATRILIX ® and throughout the treatment plan, it would be necessary to evaluate the hematologic picture of sodium, potassium and chlorhemia. In patients suffering from diabetes, or undergoing hypoglycemic therapy, or with liver or kidney diseases, it would be necessary - in addition to the periodic monitoring of the electrolyte - also the monitoring of glycaemia and uricemia.

Controls should be even more frequent in all those patients suffering from liver and kidney diseases, arrhythmias, cardiovascular problems and those prone to electrolyte imbalances.

The administration of NATRILIX ® has in some cases been associated with cases of hypercalcaemia, justified by the biological action of the active ingredient, which therefore suggests the interruption of therapy before performing the parathyroid function test.

Although there is no direct evidence to associate indapamide intake with reduced driving ability or with the use of machinery, it should be remembered that some of the side effects of this active ingredient and diuretics in general could significantly interfere with normal capacity perceptual and reactive of the patient.

Studies conducted on laboratory animals did not show teratogenic effects on the fetus induced by drug administration. Despite these findings, we do not recommend the use of NATRILIX ® during pregnancy and lactation, given the possible intact secretion of the active ingredient through breast milk.

NATRILIX ® could enhance the toxic effects of:

Furthermore, the hypotensive effect could be enhanced by the simultaneous administration of beta-blockers, ACE inhibitors, methyldopa and other hypotensive drugs. For many of these medicines, however, it is also possible to observe a greater hypokalemia effect.

Intake of NATRILIX ® should be avoided in case of hypersensitivity to the drug, to the active ingredient or to one of its components, in patients with severe hepatic and renal insufficiency accompanied by anuria, with cerebro-vascular accidents, with pheochromocytoma and Conn's syndrome .

The administration of NATRILIX ® therapeutic doses can be accompanied by the episodic onset of minor side effects, generally due to the "biological" effect of the drug. The most common are realized as a result of hypokalemia, and include dry mouth, fatigue, loss of appetite, muscle cramps, nausea and problems with the gastrointestinal tract. The hypotensive effect, on the other hand, could cause dizziness, drowsiness and difficulty in maintaining the orthostatic position.

This symptomatology becomes decidedly more severe in the event of an overdose, where it could even progress to respiratory depression.

In case of hypersensitivity to one of the components of NATRILIX ® and more frequent reactions are of a dermatological character and include urticaria, eczema and skin rashes.

NATRILIX ® tablets can be sold only under medical prescription.

The use of NATRILIX ® tablets should always take place after consulting your doctor.

The indiscriminate use of NATRILIX ® between athletes and non-athletes, in the search for the loss of a few pounds, exposes the body to serious side effects. Furthermore, it is always advisable to reiterate that weight loss is dictated by the elimination of liquids and salts and not by a real weight loss effect, understood as a loss of fat mass.

Therefore NATRILIX ® is classified among the substances DOPANTI. 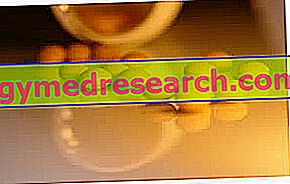 How to recognize the bite of a viper