Marshmallow: What is it?

The marshmallow (in English, "marshmallows" in the plural) is a sweet snack framed among the soft candies. For marshmallows we can mean any product made from a sweetened dough which, in its modern form, is typically spongy . The base mixture is then divided into small cylindrical segments and covered with corn starch. Some marshmallow recipes also require the addition of eggs and / or dyes.

This type of marshmallow is the modern version of a more dated product, obtained from the Althaea officinalis officinal plant, in fact called "marshmallow plant".

As anticipated, the traditional recipe of marshmallows uses the powdered root of Althaea officinalis, which today is not so easy to find.

Currently, most contemporary marshmallows are based on animal gelatin (collagen derived from rind and animal bones, especially pigs), which is why they are excluded from the vegetarian diet. Furthermore, marshmallows are not considered kosher foods (Jewish diet), nor halal (Muslim diet), unless the gelatin they are made of comes from kosher or halal animals.

A valid alternative to animal gelatine, which brings together Jews, Muslims and vegans, is vegetable jellies such as agar agar .

Marshmallow creams and other less dense products contain little or no gelatinizing, which mainly serves to maintain the shape of the candy. These products instead exploit the chemical effect of the albumen (protein albumins), less powerful than the aforementioned additives. These non-gelatinized versions without collagen can be safely consumed by vegetarian lactoins, Jews and Muslims, but not by vegans and raw foodists.

Marshmallows are sweet foods with a rather high energy intake. The calories come mainly from carbohydrates, which tend to be simple (sucrose) and to a lesser extent complex (starch).

Proteins and lipids are proportionally less relevant; however, the peptides are of high biological value (from collagen) and predominantly unsaturated fatty acids.

Marshmallows do not contain cholesterol or dietary fiber.

From a saline and vitamin point of view, marshmallows do not contain significant amounts of nutrients.

These foods are not recommended in case of overweight, hyperglycemia or type 2 diabetes mellitus, and hypertriglyceridemia. Recall that the high quantity of simple sugars can also be harmful for those predisposed to tooth decay.

Marshmallows have no other contraindications and, being free of lactose and gluten, are allowed in the diet against the relative food intolerances.

The average portion of marshmallows, if used as a snack, and in any case occasionally, is about 30g (95kcal).

WARNING! Roasted marshmallows, which you can read in the next section, are foods potentially contaminated with toxic or carcinogenic compounds. These substances, including acrylamide, polycyclic aromatics, etc., are the result of the carbonization of sugars and proteins on the fire.

Marshmallows roasted on a live flame are a traditional camping food, spread throughout North America, the United Kingdom, New Zealand and Australia.

This preparation is very simple: place a marshmallow at the top of a stick or a skewer and keep it on the fire until the desired caramelization level is reached.

This process creates a crisp outer film, which holds a filling with a liquid consistency. According to individual preferences, marshmallows can be heated to various levels, from the most delicate to a real carbonization (as anticipated, not recommended for hygienic reasons); the latter is frequently obtained by igniting the food. The roasted marshmallow can be eaten whole or "peeled" (recommended methodology), discarding the burnt outer portion to preserve only the filling.

It is likely that the first marshmallows were invented for medicinal purposes, as they were derived from the processing of the Althaea officinalis plant .

The extracts of the roots of this vegetable are used as a remedy for sore throats since ancient times, often in association with honey (especially in the Egyptian culture); the rest of the plant boasts other applications, always of a herbalistic nature.

The second version of the marshmallows was of French origin and was called "Pâte de guimauve" (or only "guimauve"); this, which includes the addition of egg whites and aromas such as rose water, looks a lot like a meringue.

The use of Althaea officinalis to make cakes dates back to ancient Egypt, where the recipe involved extracting the sap from the plant, which was then mixed with nuts and honey.

A more modern formula uses the "marrow" of the plant instead of the sap. To do this it is necessary to decorticate the Althaea officinalis, then extract the spongy part and boil it in a sugar syrup; at this point it is left to dry and is ready for consumption.

The sap of the marshmallow plant was also used by Roman gladiators, who applied it to the skin, as a preparation for the fight. 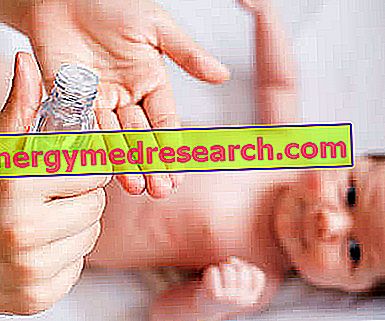