Members of the genus Klebsiella are Gram negative, opportunistic pathogenic bacteria implicated in a wide range of diseases and practically ubiquitous in nature. In recent years, the infections for which they are responsible have taken on considerable importance, as they are often acquired in healthcare environments. Infections can spread rapidly between patients hospitalized for other conditions, but the most problematic aspect is the appearance of several multi-resistant strains . Among all the bacteria of the genus Klebsiella, K. pneumoniae and K. oxytoca are responsible for most human infections. Both species are normally present in the respiratory mucosa and in the intestine, but under certain conditions they can behave as pathogens.

Characteristics of the genus Klebsiella

The bacteria of the genus Klebsiella belong to the family of Enterobacteriaceae . These microorganisms can colonize the human skin, pharynx or gastrointestinal tract, and be found on wounds and urine. The Klebsiella bacteria form large colonies, thanks to the mucoid polysaccharide capsule (K antigen) that protects them from phagocytosis, promotes adhesion and gives resistance against many host defense mechanisms.

Members of the genus Klebsiella typically express two types of antigens on their cell surface: the first is a lipopolysaccharide (O antigen), the other is the aforementioned capsular polysaccharide (K antigen). Both antigens contribute to pathogenicity; furthermore, their structural variability is the basis for classification in various serotypes.

Today, several species are known with similarities demonstrated by DNA homology, including:

The pathogenicity of all serotypes appears to be similar. K. pneumoniae is the most clinically important species in the group, followed by K. oxytoca and K. rhinoscleromatis, found in several human clinical samples.

Klebsiella bacteria are ubiquitous in nature . All known species of mammals, including the common laboratory rodent, as well as many other vertebrates and invertebrates, are susceptible to their colonization.

Thanks to its ability to colonize a wide range of species, Klebsiella is easily transmitted from one species to another. However, in healthy people (immunocompetent), infection does not usually occur. In contrast, immunodeficient patients are more susceptible to diseases caused by opportunistic microorganisms and Klebsiella is no exception. The infection can also be found after an antibiotic treatment, which presumably damages the flora of the host and allows the excessive growth of the bacterial population.

The main situations that facilitate Klebsiella infection are the following:

To contract a Klebsiella infection, a susceptible person must be exposed to bacteria. For example, these must penetrate the respiratory tract to cause pneumonia or blood to cause bacteremia. Hospitalized patients may also be exposed to the pathogen through artificial ventilation machines, intravenous catheters or wounds (caused by injury or surgery). Unfortunately, these medical tools and procedures can allow Klebsiella to enter the body and cause infection. In healthcare environments, Klebsiella can be transmitted through contact between people (for example, from patient to patient through the contaminated hands of health personnel or other subjects) or, less commonly, due to environmental contamination (hospital surfaces such as banks of the bed, bedside tables, door handles, remote controls or telephones). In fact, bacteria do not spread through the air.

Klebsiella is able to overcome the innate immunity of the host through various mechanisms. The polysaccharide capsule is the main determinant of both the pathogenicity and the antigenicity of the microorganism; in particular, it protects the bacterium from phagocytosis by polymorphonuclear granulocytes and prevents the fixation of the complement by the alternative route, inhibiting the activation of the various components (especially C3b). Only when the antibodies bind to the capsule, fixation of the complement leads to the elimination of bacteria. Klebsiella also produces several adhesins, each with distinct receptor specificities. These help the microorganism to adhere to host cells, a fundamental mechanism for the infective process. Lipopolysaccharides (LPS) are another factor of bacterial pathogenicity, as they inhibit the formation of the membrane attachment complex (C5b-C9).

The pneumonia caused by Klebsiella pneumoniae typically affects one of the upper lobes of the lung, but infection of the lower lobes is not excluded.

The clinical signs observed in patients with extra-pulmonary disease obviously depend on the organs involved.

Physical examination must include the search for factors that predispose the individual to the development of the infection, such as possible wounds, burns and other potential sites for Klebsiella access. A complete blood cell count usually reveals leukocytosis. A sputum specimen and culture swabs can be identified by Gram staining, useful for addressing the diagnosis (bacteria of the genus Klebsiella are gram-negative, non-motile, rod-shaped and capsulated). However, serological results are not sufficient for diagnosis; the diagnostic confirmation is based on the identification of the species responsible by culture and biochemical characterization of tissue samples taken from possible infection sites (for example: wounds, peripheral or central venous access sites, urinary catheters, respiratory support equipment, etc.). Klebsiella can be isolated from blood, urine, pleural fluid and wounds. Occasionally, if the diagnosis cannot be obtained in any other way, even bronchoalveolar lavage, with fiber optic bronchoscopy, can be useful to verify the presence of the pathogens involved. The bacteria identified in the samples are then tested to determine their sensitivity to specific antibiotics (antibiogram).

Other investigations depend on the type of infection; these may include imaging tests, such as ultrasound, radiography and computed tomography.

Klebsiella bacteria can spread rapidly, often leading to nosocomial epidemics. Important manifestations, typical of the hospital environment, include pneumonia, bacteremia, wound and urinary tract infection, cholecystitis and catheter-associated bacteriuria. In addition to the previous use of antibiotics and the weakening of host defenses, risk factors for Klebsielle infection include the use of invasive devices in '‹hospitalized patients, such as a urinary or central venous catheter, or contamination of equipment for respiratory support. Oropharyngeal colonization has been associated with endotracheal intubation. Other nosocomial infections in which Klebsiella may be involved include cholangitis, meningitis, endocarditis and bacterial endophthalmitis. The latter case occurs mainly in patients with liver abscesses and diabetes. These infectious presentations are relatively rare.

Urinary tract infections caused by Klebsiella are clinically indistinguishable from those caused by other pathogens. The duration of catheterization is the most important risk factor for the development of bacteriuria in catheter-related urinary tract infections. Systemic symptoms, such as fever and chills, are usually indicative of prostatitis or concomitant pyelonephritis.

The infection caused by Klebsiella in the lungs differs from other pneumonias in that it is associated with destructive changes. The disease induces a necrotizing process, with inflammation and hemorrhage in the lung tissue, which produces a dense and abundant sputum. The disease is very severe, rapid onset and associated with a often fatal outcome despite early and appropriate treatment. Onset is generally acute and manifests with high fever and chills, flu-like symptoms and cough. The disease evolves towards the formation of pus collections (abscesses) in the lung or in the membrane between the lungs and the chest wall (empyema). Klebsiella pneumonia predilects debilitated people, usually middle-aged and elderly men who suffer from diabetes or chronic bronchopulmonary disease. The disease has a high mortality rate: about 50% with antibiotic therapy and almost 100% for people with alcoholism and bacteremia. Rarely, Klebsiella bacteria cause pneumonia in healthy people living outside a health facility (in the community).

Rhinoscleroma and ozone are two of the rarest upper respiratory tract infections caused by the bacteria K. rhinoscleromatis and K. ozaenae, respectively .

The wide use of broad-spectrum antibiotics in hospitalized patients has resulted in an increased spread of Klebsiella, with development of highly pathogenic, multi-resistant strains. Klebsiella oxytoca has been implicated in neonatal bacteremia, especially among premature infants. In neonatal intensive care units, outbreaks caused by antibiotic-resistant strains are a more serious problem and an increase in mortality may be associated. Sepsis and septic shock can follow the entry of microorganisms into the blood (bacteremia) and produce clinical manifestations similar to those caused by other gram-negative enteric microorganisms.

To prevent the spread of Klebsiella among patients, healthcare professionals must follow specific infection control precautions, as well as adopt rigorous cleaning procedures. These strategies may include respecting hand hygiene and wearing clothes and gloves when entering rooms where patients with Klebsiella- related diseases are accommodated. 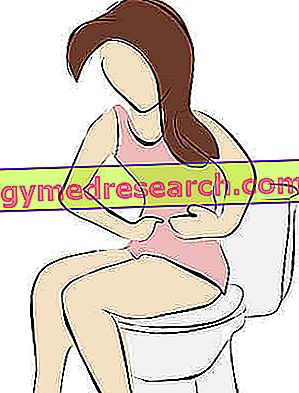 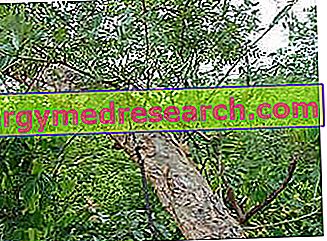